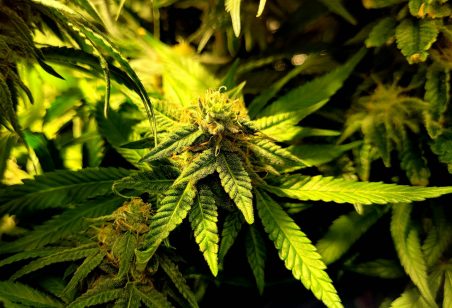 Delta-8 is a naturally occurring cannabinoid that typically does not exist in large amounts. Through the isomerization process, chemists can change the molecular structure of CBD, turning it into Delta-8. While it is chemically similar to Delta-9, it is different. Additionally, delta-8 is unregulated at the federal level and has been sold throughout the country at smoke shops, novelty stores, even in gas stations all over the United States since the passing of the 2018 Farm Bill.

The 2018 Farm bill removed hemp, defined as cannabis (Cannabis sativa L.) and derivatives of cannabis with extremely low concentrations of the psychoactive compound delta-9-tetrahydrocannabinol (THC) (no more than 0.3 percent THC on a dry weight basis), from the definition of marijuana in the Federal Controlled Substances Act (CSA).

The Texas legislature has yet to clarify the ambiguity in the law. This year, during the 87th legislative session legislators such as Lt. Governor Dan Patrick attempted to clarify Delta-8’s illegality by adding a provision to bill HB2593 (Penalty Reduction for Cannabis Concentrates). HB2593 passed the House and Senate before the Senate bill was amended to ban certain Delta-8 products, but Rep. Joe Moody rejected the amendment. The Senate did not vote on the HB 2593 Conference Committee Report before the session ended, thus the ambiguity remained.

In May of 2021, Stephen Pahl from the Department of State Health Services offered testimony to the Texas Senate stating DSHS considers Delta-8 products illegal under current state law.

The Texas Department of State Health Services (DSHS) added the statement regarding Delta-8 below to their website in an attempt to clarify the pending ambiguity in the law.

“Texas Health and Safety Code Chapter 443 (HSC 443), established by House Bill 1325 (86th Legislature), allows Consumable Hemp Products in Texas that do not exceed 0.3% Delta-9 tetrahydrocannabinol (THC).  All other forms of THC, including Delta-8 in any concentration and Delta-9 exceeding 0.3%, are considered Schedule I controlled substances. A list of Schedule I controlled substances can be found at the following link: Schedule I Controlled Substances.”

1 cis or trans tetrahydrocannabinol, and their optical isomers;

6 cis or trans tetrahydrocannabinol, and their optical isomers;

3,4 cis or trans tetrahydrocannabinol, and its optical isomers;”

What are business owners doing?

Some store owners are removing the products containing Delta-8 from their store. While others are arguing that DSHS does not have the authority to decide the legality of the cannabinoid, and the law as written does not adequately cover Delta-8. Several business owners and manufacturers are already preparing legal action against the state.

While some argue that the grey-area in the law still exists, that has not stopped law enforcement across the state of Texas from arresting those possessing Delta-8 products. Our office has seen cases of individuals throughout the state where consumers have been arrested and charged with felony offences for Delta-8 products, especially vape pens. Those in possession of Delta-8 products may be charged with Possession of a Controlled Substance where the most extreme case could result in a $10,000 fine and 180 days to 2 years incarceration for possession of less than 1 gram.

Texas determines weight of controlled substances by the “aggregate weight” of the substance including any adulterant or diluent. This means an individual possessing tinctures, oils, edibles, or topical lotions may face extreme penalties up to $50,000 in fines and up to 10 years to life incarceration for possession more than 400 grams.

David Sloane represents cannabis patients and recreational cannabis users and all Texans accused of marijuana crimes. If you were arrested for Possession of a Controlled Substance for CBD or Delta-8 let David Sloane put his experience to work for you.