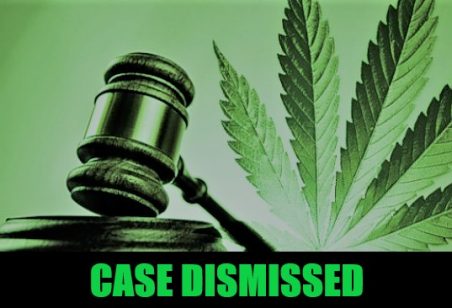 Including 400 pounds of Marijuana and 5 pounds of THC Extracts.  The defendant’s in this case have authorized me to discuss their case.

On March 12, 2020 Hon. Judge Jack McGaughey of the 97th District Court in Montague County held the stop and subsequent detention of two Florida men was unlawful and granted the Defense Motion to Suppress derived as a result of that stop.  Without evidence the prosecution will be unable to move forward.  The men were both charged with Manufacture and Delivery of a Controlled Substance Penalty Group 2 over 400 Grams.  Both faced 5-99 years of life in prison.

On April 19, 2018 at 12:30 AM Deputy Clinton Pelton and his K-9 “Ace” were working Criminal Drug Interdiction on US 287 near FM 1125 when he observed a Cruise America (rental) Motorhome with Florida License Plates traveling southbound.  The RV was occupied by Matthew Whalen, 61, and Spencer Enloe 29, both from Ocala, Florida.  The Deputy began following the RV and ultimately stopped it claiming the traffic violation of “Driving on an Improved Shoulder” because he allegedly observed the right rear tire of the cross the outside fog line.  (With a number of recent major arrest involving Motorhomes Drug Interdiction officers have been very active stopping them.  This is the most common violation they allege because motorhome operators tend to stay far to the right so not to encroach on the inside lane.  However, there is caselaw in Texas that states merely encroaching or crossing the outside fog line does not constitute “driving on the shoulder.”)  Immediately upon stopping them, the Deputy asked Whalen, the driver, to step from the vehicle and “invited” him to come sit in the patrol car with him while he wrote the citation.  Once there he immediately began questioning Whalen where they were coming from; where they were going; their reason for travel; their route and schedule, etc. (These are all interdiction questions.)   He questioned Whalen at least 6 minutes before he began running his customary checks officers are allowed to conduct in a routine traffic violation stop.  He walked up and asked Enloe similar questions, and then started asking for permission to search the motorhome which Whalen refused.  Once other deputies arrived Deputy Pelton removed “Ace” from his cruiser to conduct a free air sniff around the RV, claimed the dog alerted on the vehicle and then conducted a search where the contraband was found.

In Rodriguez v. United States the US Supreme Court reigned in these Check-Point-Charlie roadside interrogations being conducted by highway interdiction officers stating they cannot delay or extend the duration of a routine traffic stop for any period of time, no matter how brief, without reasonable suspicion of criminal activity.   On November 13, 2019 we filed a motion to suppress the evidence alleging the stop was unlawful at the outset, as well as the continued duration.  On February 20, 2020 a hearing was held.

In his holding the Judge stated the officer lacked a lawful reason to stop the vehicle therefore it is unnecessary to determine if the duration of the stop was lawful and granted our motion to suppress.