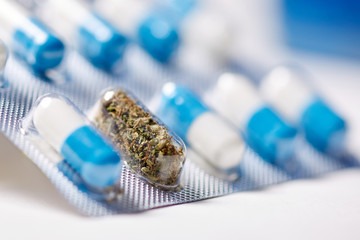 The Law Office of David Sloane is well known for being on the front line fighting for marijuana legalization in Texas. Until the plant is legal, our office holds the responsibility of vigorously defending those accused of marijuana crimes. Especially medical cannabis patients.

The office has seen cases in Texas where an individual on probation was or is now a member of the Texas Compassionate Use Program, where low-THC cannabis has been prescribed from their physician and court orders are prohibiting them from taking this medicine.

The office has fought for patients to be able to access their medicine. While no Texas superior court has yet to take up this issue, a Pennsylvania Supreme Court ruling from this week could arm our office in addition to attorneys across the nation with case law to persuade courts from developing policy that would deprive patients access to their medicine while on probation.

As reported by FOX 43 in a unanimous ruling on Thursday, the Supreme Court of Pennsylvania struck down a policy in Lebanon County that blocked individuals on probation from using medical marijuana.

The Supreme Court said that patients with a valid medical marijuana card are immune from “arrest, prosecution or penalty in any manner” under state law, even if they are under a court’s supervision.

The ruling will most likely serve as a point of reference for courts across the United States located in states with medical cannabis programs. Other courts have already responded. In Jefferson County, where probationers were previously prohibited from using medical cannabis, Judge John Foradora reviewed the justices’ opinion and “will be doing an order to comply with their findings,” Court Administrator Chad Weaver said via email. 1(Rubinkam, 2020).

For those with on probation who are facing court orders requiring you to abstain from using your medicine, or if you are facing a probation violation for failure to comply with such requirements contact our office today.