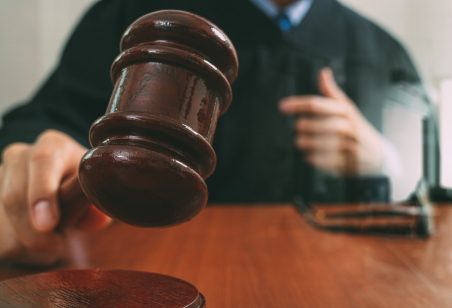 As almost all major jurisdictions across Texas have moved to decriminalize marijuana, Tarrant county has lagged behind and continues to heavily prosecute small time cannabis crimes. At the latest Tarrant County Criminal Defense Lawyers Association meeting, District Attorney Sharen Wilson announced policy changes that would significantly reduce the punishments for marijuana offenses. The new guidelines are expected to be similar to Tarrant County’s Deferred Prosecution Program (DPP) that allows for low level, non-violent, first-time, youthful offenders the opportunity to avoid jail time and keep their criminal records clean. While decriminalization is preferable, the new guidelines are a welcome step in a more common sense approach to marijuana prosecutions.

The guidelines, as advertised by Wilson, would give prosecutors the discretion to reduce certain low level marijuana offenses. Defendants caught in possession of between 1-2 grams of cannabis may have their charge reduced to a Class C misdemeanor that will be deferred. Under current Texas law possession of anything under 2 ounces is considered a Class B misdemeanor which means up to 180 days in jail and a fine up to $2,000. A Class C misdemeanor on the other hand carries no jail time and the only real punishment is a fine up to $500.

Prosecutors will also be able to defer and dismiss marijuana offenses where the amount possessed was under 2 ounces. As long as the defendant stays clean for 3 months and passes drug tests, the case will be dropped. These guidelines would compliment other alternative prosecution programs offered in Tarrant County such as the DPP.

To qualify for the DPP, offenders must have been between the ages of 17 and 24 years old at the time of the offense with no prior criminal conviction. Possession of four ounces of marijuana or less is an eligible offense for DPP. The offender must voluntarily choose to be in the program with the intent of rehabilitating themselves. The offender would have to apply within 60 days of the filing of their case with a questionnaire, two signed letters of recommendation, a personal essay, a high school diploma, college transcript, or GED, a clean drug test, and a fee of $25.

The program lasts four months for misdemeanor offenses and eight months for felonies. If the conditions of the program are followed successfully then the offender will have their case completely dismissed and they will be eligible to have their record expunged. Successful completion not only means avoiding any time behind bars but also a clean criminal record. That result will give first time offenders a completely fresh new start.

The basic requirements of Track B DPP includes a mandatory orientation before the program begins, total fees of about $450, monthly reports, additional mandatory random drug testing, and other conditions. A single positive drug test will result in termination from the program.

Simply applying to the program is not enough to be accepted. Applicants will have to undergo an interview where they are expected to be truthful and accept responsibility for their actions. Even if the applicant is pro-legalization, they will still need to express a willingness to follow the law even if they disagree with it.

The new guidelines are distinct from the DPP for several reasons. For one, the guidelines are applicable to all offenders in minor possession and is not limited to youthful offenders. The cost associated with the new guidelines will also be different from the DPP and will likely be cheaper since monthly reports and the orientation class are not currently required. Finally, the DPP allows for immediate motion for expunction of records. Those who have their case dismissed under the new guidelines will have to wait two years to petition for their records to be expunged.

To forecast how successful the new program is expected to be, we can look to DPP statistics. About 75 to 80 percent of applicants are accepted into the DPP program with over 95 percent of those successfully completing the program. Furthermore, those that complete the program are very unlikely to re-offend. That final fact makes for a compelling argument as to why being tough on drugs is not always the best option. Diversion programs like DPP have shown success across the country in reducing recidivism rates and non-violent low level marijuana offenders should be afforded a second chance instead of having them committed to the seemingly never ending cycle of the prison system.