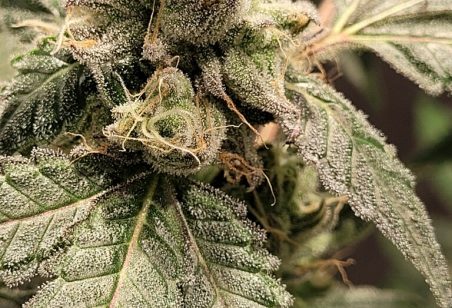 If you have been charged with a criminal offense in the State of Texas, you need an attorney. Even for a Class B Misdemeanor Possession of Marijuana under 2 ounces, often referred to as “simple possession” you will need an attorney in Texas.

In Texas, penalties for a Class B misdemeanor can include up to 180 days in jail and fines up to $2,000. Many jurisdictions throughout the state are softening their procedure when it comes to those charged with simple possession cases. From cite and release programs in areas such as Dallas and Harris Counties, to deferred prosecution programs such as the one implemented last year by Tarrant County District Attorney Sharon Wilson.

The draconian reefer madness era may appear to be ending, as States throughout the Union are lowering penalties, decriminalizing, or even legalizing cannabis use. However, Texas has not stopped arresting those in possession of cannabis. The punishment for misdemeanor and felony possession has remained the same for decades.

During the 86th Texas Legislative Session we saw promise in the form of HB 2593, introduced by long-time legalization proponent, Texas House of Representatives Speaker Pro Tem Joe Moody. HB 2593 would have reduced the penalties for possession of under 2 ounces of cannabis concentrates and infused products (edibles, extracts, topicals, etc.) from a Felony to a Class B Misdemeanor, the same as current penalties for cannabis flower.

The bill passed both the House and Senate with bipartisan support. A conference committee was established to reconcile differences in the bill. The committee removed a last-minute Senate amendment that attempted to ban Delta-8 products in Texas. The HB 2593 Conference Committee Report was approved by the Texas House. However, Lt. Gov. Dan Patrick refused to allow a vote on the report, killing HB 2593.

The penalties increase in severity depending on the amount delivered at the time of arrest.

If you were arrested for delivery of marijuana or marijuana concentrates call our office to talk with an attorney today!

Section 481.002 also defines the term “manufacture” as “the production, preparation, propagation, compounding, conversion, or processing of a controlled substance other than marihuana, directly or indirectly by extraction from substances of natural origin, independently by means of chemical synthesis, or by a combination of extraction and chemical synthesis, and includes the packaging or repackaging of the substance or labeling or relabeling of its container.”

Growing weed can lead to serious consequences in Texas. If you were arrested for cultivation of marijuana, put an experienced criminal defense attorney in your corner and call our office today. Mr. Sloane has seen large cultivations that forced asset forfeiture our office was able to prevent.

Do not try to go up against the United States government state or federal without an experienced attorney like Mr. Sloane on your side. If convicted for a felony drug crime you could face serious state or federal prison time,  asset forfeiture, a criminal record, expensive fines, restitution and more collateral consequences that could last a lifetime.

Contact the Law Offices of David Sloane right away to schedule a free confidential case evaluation with a dedicated Fort Worth criminal attorney.