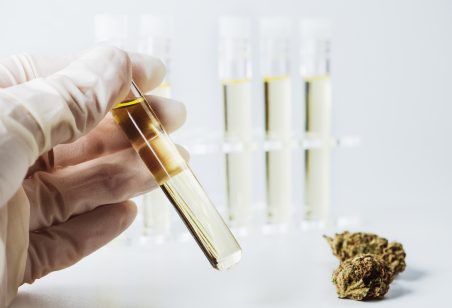 According to WFAA and Allen police Chief Brian Harvey, the Texas Department of Public Safety (DPS) has partnered with Sam Houston State University to produce the equipment that will allow law enforcement to test cannabis products to determine THC concentration in plant and oil based cannabis products. This will finally allow them to differentiate legal cannabis (hemp) and illegal cannabis (marijuana).

In 2019 Texas Governor Greg Abbott signed H.B. 1325 that made certain CBD products legal in Texas and would also allow local farmers to grow hemp as a crop. The new statute defines anything with a THC concentration of less than 0.3 percent as hemp. This created a conflict with prosecuting marijuana possession cases, as state crime labs had yet to acquire the proper testing equipment.

County and District attorneys from across the state began dismissing marijuana cases, while others rejected the cases. They also expect to be met with a large backlog of cases from around the state as samples confiscated by law enforcement have been piling up in evidence rooms. “I don’t even know if there is a way to count the number of cases that are waiting in district attorneys offices across the state”, said Chief Harvey.

In Tarrant County it was reported back in June of 2019 that hundreds of these cases were being dismissed due to this change in the law. Most of these cases were dismissed pending lab reports to determine THC concentration. These case can be re-filed as the statute of limitations runs two years for misdemeanors, three years for felonies from the date when the offence was committed. Armstrong Forensic Laboratory, Inc. in Arlington, TX, NMS LABS in Grand Prairie, TX, and other labs across the state have purporting to be doing THC concentration testing.

The Department of Public Safety should be expected to have their labs up and running in March.

One thought on “THC Concentration Testing Comes to Texas”