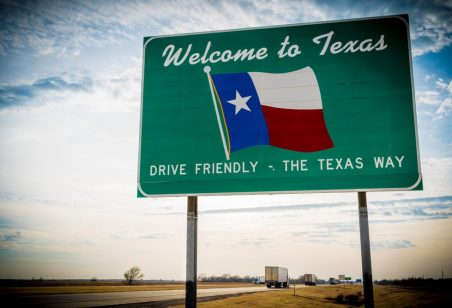 It is the right of the citizen to travel upon public highways. However, what individuals navigating through Texas in possession of marijuana don’t know is that each county within the State of Texas holds its own standards of prosecution. Having travelled through the entire state, the Law Offices of David Sloane has noticed that the different standards make driving through Texas in possession of cannabis like spinning a roulette wheel. Mile by mile, county by county, each district has certain discretion for standards of prosecution, including but not limited to alternative prosecution programs.

While District Attorneys for Dallas County, Harris County, Bexar County, and Travis County have taken action to end mass incarceration for low level possession of marijuana, other counties have kept a heavy hand in prosecution for marijuana possession.

For example if someone in Fort Worth (Tarrant) is arrested for under two ounces of cannabis they might be able to get clean for a few months and have their charge dismissed and record expunged, while just over 30 minutes south in Granbury (Hood) that same defendant could be instead facing the full 6 months in jail or two years community supervision and collateral consequences that will last a lifetime.

This gradient of punishment exists throughout the state of Texas. If you travel back from Colorado on Highway 287 south with even a small amount of cannabis extract, all you will find on the roads is rattlesnakes and state troopers. A typical disposition for identical marijuana offenses varies from Dallam to Wise County and every county along the trip. Depending on where the individual landed on Texas’ roulette wheel they could be facing anything from a felony punishments, to a reduction of a charge to a misdemeanor, or even being placed on a pre-trial diversion program and have the charge dismissed.