Home » News » My past charges have been expunged. Can I still app for a Texas Concealed Handgun License? 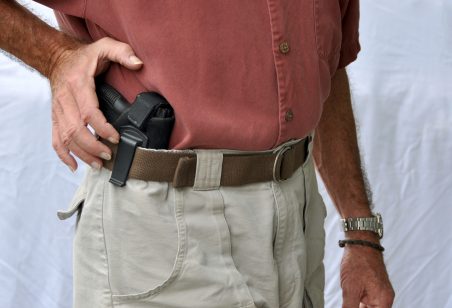 A lot of former clients that we have had their charges dismissed and the record of their arrest expunged are calling and asking how to respond when being asked about “arrests,” on government forms such as with the application for the Texas Concealed Handgun License.

When confronted with a global “have you ever been arrested” question on a government form, you may lawfully deny the arrest in Texas if the record has been lawfully expunged. According to Article 55.03 of the Texas Code of Criminal Procedure, the person arrested may lawfully deny the occurrence of the arrest and the existence of the expunction order in nearly all situations. You may lawfully say or tick “No” when asked if you have ever been arrested. Normally, making an untruthful or inaccurate statement on a governmental form can result in criminal charges but in this case, the law specifically authorizes them to do so, making a criminal prosecution for doing so impossible. An expunction is a formal proceeding where a person has gone back to court following the dismissal of their charges and had the court order the records of the arrests destroyed.

These charges do not drop off automatically if you are found not guilty or the case is dismissed. If you have no other arrest records and any charges you have had in Texas have been expunged may lawfully say “No” when asked on a form. The one and only time you must disclose an arrest is if you are testifying under oath in a criminal proceeding and then you are only required to say you have had a matter expunged. The laws concerning criminal records and expunctions varies from state to state. This only applies to Texas expunctions.