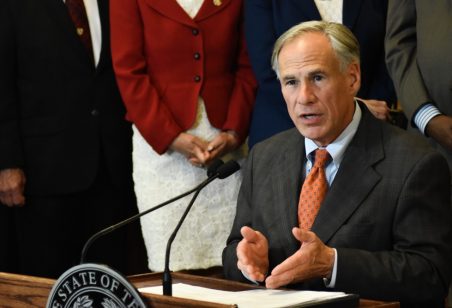 Discussions about legalizing Marijuana begin and end with the Governor of Texas Greg Abbott. Abbott has, until recently, been staunchly opposed to any form of cannabis legalization. The governor has even expressly stated that, “Texas should not legalize marijuana, nor should Texas open the door for conventional marijuana [to] be used for medical or medicinal purposes, and as governor, I will not allow it.”

Abbott’s opposition has made it difficult for any proposed marijuana bills to gain any traction since the threat of veto looming over said bills has made them non-starters. But this legislative session has seen 13 marijuana related bills introduced and that is in part due to Abbott’s evolving stance on the drug.

In 2015 Abbott signed into law the Texas Compassionate Use Act which legalized the prescription of low THC CBD oil only to patients diagnosed with intractable epilepsy. So far, the state has only licensed three dispensaries to cultivate, process, and dispense the drug. Certainly this extremely narrowly tailored law is not enough to satisfy marijuana legalization proponents but it is the best example showing that the governor has started to concretely change his stance on the drug.

Last year during the election cycle the governor expressed more open mindedness to expanding legalization. During a debate with Democratic challenger Lupe Valdez, Abbott expressed openness to expanding the Compassionate Use Act to patients with other conditions and to reducing the offense level for those caught with small amounts of the drug.

Regarding expanding medical use the governor said during the debate that, “I am the governor who signed into law the legalization of CBD oil. More recently I’ve had discussions with veterans as well as parents of autistic children and others who make a very strong compelling case about legalization of medical marijuana. I have seen however that other states that authorize that, abuses take place that raise concerns. So I’m still not convinced yet.” While this is not the unequivocal endorsement legalization advocates may be looking for, it does represent a willingness to consider legalizing the drug for other medical conditions.

One of the bills introduced, SB 90, lists several “Debilitating medical conditions” that would qualify for medicinal use of marijuana if the law is passed. That list includes everything from HIV to Crohn’s disease to chronic pain. Whether all or even any of those conditions are added to the Compassionate Use Act is anyone’s guess at this time.

While the future of marijuana legalization in Texas is unclear at best, the governor’s change of heart offers an encouraging sign that things might get better. Until then, if you are arrested for a marijuana related offense you could be facing serious jail time for even having a small amount of the drug. The attorneys at Law Offices of David Sloane, PLLC are experienced litigators and are here to help you. Reach out to us at (817) 810-0088.