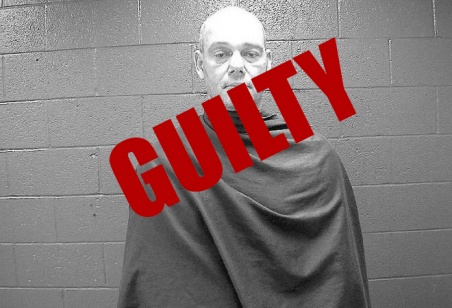 Chad Harden pled guilty to Tampering/Fabricating Physical Evidence with Intent to Impair 2 years deferred adjudication community service, 160 hours community service, $300 fines, with the acknowledgment that he would not seek early termination from probation. A delicate brush on the hand compared to sentences often handed out to defendants in the Wichita County for similar charges.

Harden was arrested on charges of drug possession and tampering with evidence on June 11, 2019, in Wichita Falls, Texas.

You can find our story on his arrest for drug possession and tampering with evidence here.

Our office is very familiar with ex trooper Harden and his case. Last year, the State dismissed all pending charges against my clients arrested by this trooper after we had started preparing subpoenas for the records in all active cases I had involving this trooper.

Harden will now face the same conditions of community supervision required of those he has arrested for marijuana possession in the past, such as avoiding abstaining from the use and possession of alcoholic beverages and “marihuana”, nor is it specified that Harden is required to seek employment (a typical requirement) despite resigning from the Texas Department of Public Safety after 10 years of interdiction work.

Our request for criminal investigative files under the Texas Public Information Act was denied by Texas Department of Public Safety (Highway Patrol), as they claimed the personnel records were exempt from disclosure to avoid “jeopardiz[ing] an ongoing investigation/prosecution.” I believe these records contain video inadvertently recorded by the trooper on his hidden-headliner camera wherein he can be seen “mishandling” a THC vape-pen taken from a motorist.

Our office has filed another public information request this week. We look forward to seeing the footage. 😊 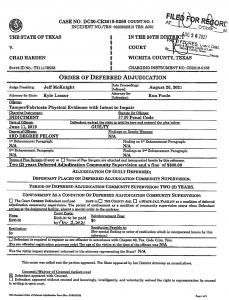 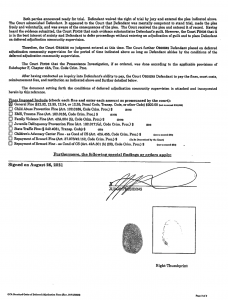