As reported by NBCDFW Fort Worth Police have installed license plate reading cameras throughout the city as a tool to combat crime. The 63 new cameras from Atlanta based company, Flock Safety, are an addition to the approximately 500 cameras already used to track vehicles throughout the city. The camera feed reportedly is monitored live by officers in the control room referred to as the “Real-time Crime Center”.

Privacy experts and those who work in the criminal justice system have already expressed concern for lack of privacy and potential for the equipment to be abused.

These License Plate Readers are being installed nationwide.  They can be mounted at fixed locations, typically up high on poles or overpasses so license plates are not as apt to be obstructed by other traffic. They are often also mounted on vehicles. 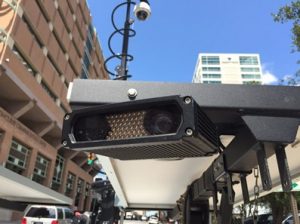 The article goes on to discuss homeowners’ associations use of the cameras. Private industries that utilize this technology including shopping malls and parking garages make the data they have collected available to law enforcement through their equipment and data management supplier.

In 2010 the ACLU served a public information request on the Drug Enforcement Administration asking for information about their “National License Plate Reader Initiative”. The heavily redacted documents they received described “a program designed to combine existing DEA and other Law Enforcement database capabilities with new technology to identify and interdict conveyances being utilized to transport bulk cash, drugs, weapons as well as other illegal contraband.” The License Plate Reader Initiative also identified routes and methods used to transport illegal contraband.

Law enforcement across the state of Texas utilize this technology for highway drug interdiction. David Sloane has successfully defended hundreds of clients charged with crimes for marijuana and other THC products found in their vehicle.