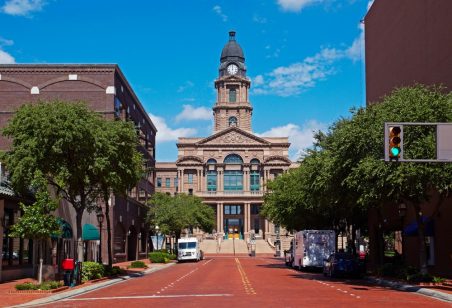 Dallas County District Attorney, John Creuzot, joined the D.A.s of Houston’s Harris County, San Antonio’s Bexar County, and Austin’s Travis County in decriminalizing small amounts of marijuana. Dallas county will decline prosecuting misdemeanor possession of marijuana for first time offenders and subsequent offenders will be offered diversion programs. Creuzot, cited racial disparities, with African Americans three times more likely to be prosecuted for misdemeanor marijuana possession than all other races even though all races use the drug at a similar rate, as part of his decision. That means all of the major jurisdictions in Texas have decriminalized cannabis in some form or another, all except one.

Tarrant County continues to heavily prosecute marijuana cases. At the Tarrant County Criminal Defense Lawyers Association’s monthly meeting on Thursday, District Attorney Sharen Wilson revealed her office’s latest statistics of marijuana related prosecutions. Wilson stated that in 2018 there were 49,980 criminal cases filed in Tarrant County, a near all time high for the county. Out of the nearly 50,000 cases filed, 11.5% of the cases were for possession of cannabis.

Yet Wilson continues to spend millions of tax dollars and police time to prosecute minor possession cases. Below is a breakdown of notes we gathered about marijuana arrests for 2018-2019 during Ms. Wilson’s discussion.

Additional notes from the meeting

Wilson’s new proposed prosecution program would be a step in the right direction. If rehabilitation is the district attorney’s goal, then making low level offenders eligible for having their case dismissed and expunged, would certainly help arrestees continue with their lives. We certainly hope this represents a shift in Wilson’s regime and that Tarrant County may eventually follow suit and decriminalize marijuana.

One thought on “Tarrant County Marijuana Prosecutions by the Numbers”